Your Habits Determine Your Destiny 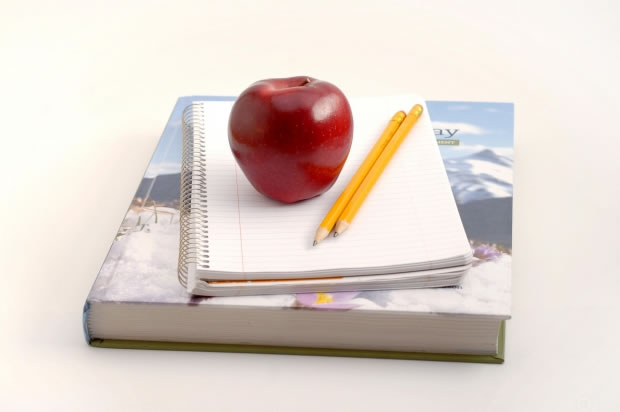 Most of us are under a hypnotic spell that says we have to be realistic – after all, we’re limited by our circumstances, stuck with the cards fate has dealt us, and must suffer the effects of our karma, astrology, numerology, and every other ‘ology.’ But none of these have any power over you — no, not even Mercury in Retrograde can determine your experience!

The true pattern of your life is already fulfilled, a perfect idea of infinite beauty, abundance, and sheer brilliance. There’s no power or law outside of you that can diminish or destroy it, but there’s also no power or law that’s going to make it happen. You, and you alone, are the source of everything that comes into your life – and your habitual state of consciousness determines how much or how little of that infinite good you experience.

You might argue that you were born into hard circumstances. Or that by the time you realized you had any control, many major things in your life had already been set – and all you can do is make the best of what you’ve got. While it’s always a good idea to make the most of what life gives you, your potential is never circumscribed by your conditions. Your karma or any predisposition only determines your starting point. It is your character that determines what’s possible. And you can always develop your character.

To be more specific, character, not conditions, determines destiny. Habit determines Character. Action determines habit. Belief determines action. And consistent thought determines belief. In other words, no matter what circumstance you’re in, you still have all the power – because it’s always an inside job. But to regain control over this mechanism of consciousness, you must have more expanded awareness. In fact, without it, you don’t even have free will, you have ‘free won’t.’ Your life is a reaction to unconscious patterns, an habitual reaction of resistance to what you don’t want, more than what you do.

To reclaim your power and begin making real choices — so you can develop a character more in line with the true story of your soul rather than the human drama – you must begin living a life more aligned with what want versus what you don’t; who you want to be versus who you don’t want to be. The first, most important step, in doing this is defining a vision for your life that represents your highest ideals and aspirations. A vision based on your deepest heart’s desire, not parental fantasy, peer pressure, keeping up with the jones or mere survival. Then you must engineer a way of life that is congruent with this..

There are many ways to do this, many places you could start. You could focus on thinking more affirmative thoughts, feeling more inspiring feelings, and creating an environment that reflects the life you are creating. There are all-important, and part of the Emergence process. But one way in particular can begin to accelerate and enhance all of these areas – creating more congruent habits.

But now we’re embracing that habit-forming mechanism consciously and creating habits that are congruent with our highest vision – not from fear or desperation, but desire and inspiration. These kinds of habits tend to have much less negative byproducts. The other advantage is that creating habits tends to have a positive impact on all the other areas we might otherwise be focusing on – thoughts, feelings, environment.

For example, if you develop the habit of exercising, regardless of your thoughts, beliefs, feelings, or environment, you will begin to organically start thinking more improved thoughts, having better feelings, craving healthier foods, being drawn to more empowering environments and relationships – and eventually having a shift in your self-concept. And all of this without doing some rigorous affirmation routine! This isn’t to say you can’t or shouldn’t do the deeper inner work – adding these inner elements can definitely support you – it’s simply to illustrate the leverage that new habits can have on your transformation.

You may already know some of the new habits you want to form. But to ensure that they’re congruent with your highest vision, it’s helpful to take some time and imagine having achieved everything you want. Then explore that world and who you are in it, and identify how you feel, what you’re doing, and how you’re acting and interacting with the people, situations, and environments. Are you healthier, more generous, more playful, more productive in some area? What new habit would this version of yourself have that allows you to live this greater life?

As you identify a handful of these new habits, create a plan, a daily regimen that allows you to practice these. Don’t overdo it. Create a practice that stretches you but doesn’t pull a muscle! And be consistent. No matter what. That’s the key to making it a habit. The key isn’t so much that you believe it, but that you do it, over and over.

In the early days of my writing, I didn’t want to write, I just wanted to have written. But as I sat there, day after day, staring at a blank screen and typing whatever came through, eventually a flow started – and pretty soon I was writing! Same with exercise and meditation. Didn’t want to do either. Just wanted to have done them. But as I practiced, as I just showed up, regardless of how I felt about it, my body and mind got so used to it that to not do it was harder than to do it. And as a result, many other things in my life changed – thoughts, feelings, beliefs, and self-concepts.

Be gentle. Be kind. Be patient. And when you stumble – because you will – pick yourself back up and begin again. Over and over, until you achieve the desired new habit. Little by little, or sometimes dramatically, you’ll create a new set point. And as your habits begin to more and more reflect the character you would have in your ideal story, your life will reflect it too – and pretty soon you’ll realize you’re no longer a prop in this divine production, you’re the star of your show!