The Soil of Your Soul 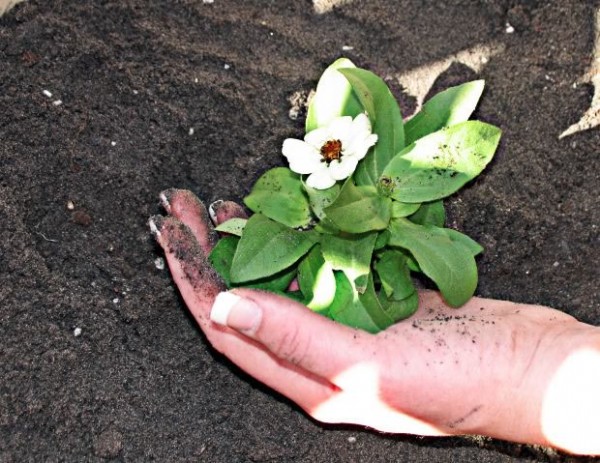 There is a Divine Pattern within you. And, like the acorn, when the right conditions are created, it naturally, even effortlessly, emerges. But whereas the acorn is indigenous and, therefore, can only thrive in certain external conditions not within its control, human beings are endogenous, which means your conditions are internally derived or generated.

It doesn’t matter what external conditions you’re planted in, your soul is your soil, and if you generate the right inner conditions—mentally, emotionally, and spiritually—your seed will have the right nutrients to thrive. What’s more, whereas most seeds require external light to grow, human beings are self-effulgent, meaning you generate light from within (this is not only a spiritual fact discernable through meditation, scientific instruments have now detected that human beings ‘glow’ with a measurable light).

No matter how thick the clouds may be outside or how dark the night, the light is always shining within, ready to illuminate the seed of your true Self and nourish its growth.

Science is proving these ideas in rigorous studies. Research in cell biology, as documented in Bruce Lipton’s The Biology of Belief, shows how our genetics do not determine our mental, emotional, or physical outcomes; rather, it is the environment that the cell is in which dictates its health and growth. And this environment, as described by Dr. Candace Pert in The Molecules of Emotion, is created by the activity of our mind, which causes a cascade of electrical impulses and chemical messengers that speak to our cells, making them turn various functions on or off.

The scientific proof of the mind-body connection is irrefutable. And with the understanding that our consciousness, not our genetics, creates our outcome, the ‘sins of the father’ no longer have to be visited upon the son (or daughter).

Quantum physics has taken this further with ‘the Observer Effect,’ (also related to Heisenberg’s Uncertainty Principle) which states that the act of observation changes what is observed. Taken further, it states that the observable phenomenon doesn’t even exist until it’s observed; it’s in what’s called a superposition, meaning it’s neither wave nor particle, neither here nor there, it’s just ‘a possibility.’ At this deeper level, our mind and emotions seem to not just impact—and even create—our body, but potentially our entire experience of the world.

In Genesis it says, “God created man in His own image.” This principle is stated in different ways by most religions, and it’s sometimes interpreted to mean that we have the same physical features as God. It’s like the metaphysical joke: God made man in His own image, and man has been trying to return the favor ever since! In other words, we keep trying to understand God in human, material terms, like some anthropomorphic being sitting on a cloud. But this is an overly literal interpretation of ancient teachings. Even the bible says, “God is spirit, and those who worship Him must worship in spirit and truth.” Or from the Tao Te Ching, “The Tao that can be told is not the eternal Tao; the name that can be named is not the eternal Name.”

Mystically understood, being ‘created in His own image’ doesn’t mean we ‘look’ like God, it means we posses the same constituent qualities — which have been described as Spirit, Truth, Love, Beauty, Power, and Intelligence, among others — just as the wave contains the same elements as the ocean. Psalms 82:6 says, “You are gods, children of the Most High.” So put another way, we’re just chips off the Old Block.

As the powerful poem Invictus by William Ernest Henley states, you are “the master of your fate, the captain of your soul.” No matter what side of the tracks you were born on, what kind of childhood you had, what current challenges you’re slogging through, or what race, color, creed, or age you are, when you create the right inner conditions, the great purpose for which you were born must emerge.

P.S. – If you really want to accelerate your AWAKENED WEALTH experience, check out the program that has already brought millions of dollars and many more healings to people around the world: https://derekrydall.com/awakenedwealth

(Bonus Episode) Ask Derek: What If I Hate Sales and Marketing?

Welcome to another episode of ask Derek, as we explore this very important question: What if I hate sales and ...
Read More

(Bonus Episode)The Commitment Code: How to Use Your Word to Make Quantum Leaps (And Why Your Wrong Use of It Is Sabotaging Your Life)

It's an honor and a pleasure to bring you today's topic, The Commitment Code: How to Use Your Word to Make Quantum ...
Read More

(Bonus Episode) Ask Derek: How Do I Find My Purpose?

We're diving into another really important, and frequently asked question, "How do I find my purpose?" This ...
Read More

(BONUS EPISODE) The Best Day Of Your Life: How to Create Rituals That Put Your Growth & Success on Autopilot!

I’m so inspired in general with today's topic, The Best Day of Your Life: How to Create Rituals That Put Your ...
Read More