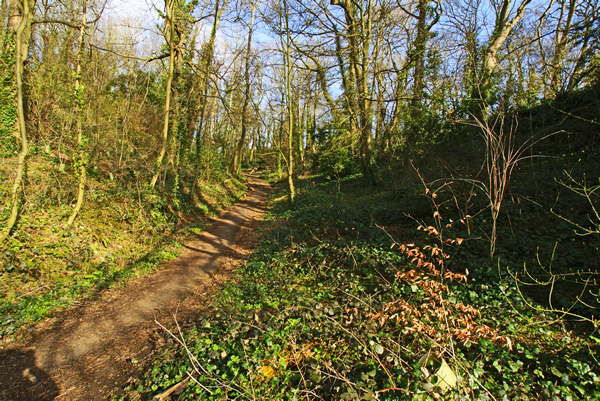 There’s an apocryphal story about a landscape designer who convinced campus planners at a major college to leave out the paved paths the first semester, and allow students and faculty to reveal where the paths should go. They resisted the idea at first, fearing that people would get lost, take all manner of shortcuts, create a maze of different routes with no order, and ultimately destroy the existing terrain. What’s more, they were sure to receive many complaints about people having to trudge through dirt and mud as they stumbled their way to classes. It would be chaos.

The designer reminded them that previous experience had proven that people take shortcuts and create their own paths anyway, often leading to redesign, repaving, and increased expense. They couldn’t deny that fact. So, following some debate, they relented and gave the designer a short time to prove his theory. After a few weeks, the results weren’t good.

As the planners had feared, the students did appear to be creating all manner of arbitrary routes, the grounds were in disarray, and the complaints were pouring in. The designer urged the planners to trust him. Finding the true path takes time and patience, he explained. But the result can save time, money, and create the optimal path – the Desire Path – which reflects a greater congruence with the surroundings, flows better with the natural gradient and weather, and gets people where they want to go in the quickest, most efficient manner. Again, the planners gave in, and gave the designer more time.

By the end of the semester, clear and distinct paths had emerged out of the chaos of choices, paths they couldn’t have predicted but which more elegantly and effectively served their purpose. The pavement was laid. The designer moved on…and the paths remain to this day.

One problem with traditional planning is that it often comes from our limited mindset and historical perspective. We plan based on what we think we want and how we think it should be done. But just as designers can’t predict the best path for people to take in an area they haven’t yet walked, it’s difficult to plan a life – to predict where we should go and the best way to get there – if we haven’t been there yet.

What’s more, in true emergence fashion, the person doing the planning will not be the same person when the vision unfolds, just as the caterpillar is no longer there when the butterfly spreads its wings. The perspective, needs, and desires of a butterfly arise from a whole new world of possibility, beyond what the caterpillar could ever conceive.

The same is true as we emerge – so how can we plan for a life we can’t imagine? This is the planning paradox. We might visualize a superficial picture of our future, but the path that ultimately emerges out of the chaos of transformation is outside our knowledge—and is rarely what we expect. Like a butterfly, our future self will see the world from a higher vantage point, which will color what we want, how we move forward, what shortcuts we’re now able to take, and where we land.

So as you create or rework your plan for this year – or for anything – it’s important to keep two principles in mind: First, plan as if you are doing all the work, but live as if God (Divine Intelligence) is. This keeps you open to what really needs to unfold next. Second, remember that you control the actions, but God (Source) controls the results!

(BONUS EPISODE) Will You Spring Forward or Fall Back…Again? The Secret to Never-Ending Expansion!

Listen in as the World's #1 expert on the Law of Emergence reveals ancient secrets and quantum healing practice ...
Read More