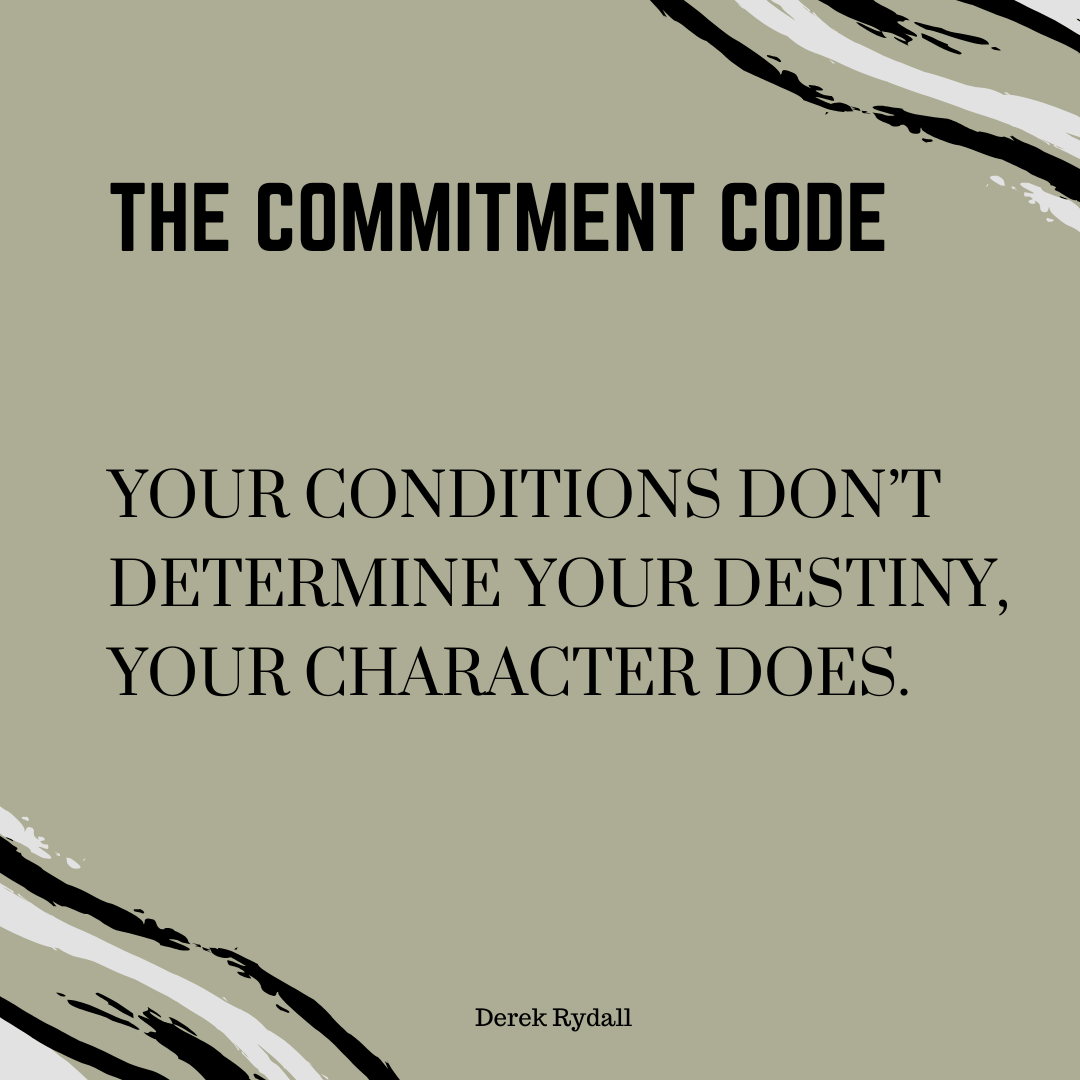 Welcome. Derek Rydall here, founder of the Law of Emergence and author of the bestselling books Emergence and The Abundance Project. I am super excited to talk to you about what I think is one of the most important principles that we can ever master and one of the most missing pieces to people that can’t quite make progress, get momentum, and succeed. I call it the Commitment Code. It’s all about commitment. You might be somebody that has got a lot of ideas, and you just don’t know which one to do, or you might be somebody like me. There’s a lot of things you’re interested in, and you’re afraid, if I choose one that might be the wrong one, and then I’m going to miss out on the others.

Sound familiar? That was me years ago. I had abilities at many different things. My mom, God bless her, told me when I was young, “Derek, you can do anything you put your mind to.” It turned out she was kind of right, and it was a curse, because then it was like, which one should I focus on? I used to wish I only had one interest, one passion, and I had many. After struggling for so many years doing a little bit of a lot and making a little bit of progress, but never quite getting momentum, I had this deep realization that that was my way of playing it safe. That was my way of really not trusting life. That was really a daily affirmation. I don’t trust life. I don’t trust myself, so I’m going to have a lot of irons in the fire, just in case life doesn’t really have my back, and just in case I’m a complete idiot, and I’m picking the wrong thing.

I realized that was what I was creating. I was constantly praying and affirming that unconscious prayer, that I can’t trust myself, and I can’t trust life. It said, pick a lane. Pick the thing that has the greatest charge, and if you give your all, if you commit to it fully, even if it’s the wrong thing, it will still eventually guide you to the right thing. As the old axiom says, to he or she who is wrong in mind, they do can do all the right things, it’s still going to turn out wrong. But to he or she who is right in mind, meaning they are sincerely committed. They believe. They trust. They could even the do wrong things, and it will still turn out right.

So, I basically decided that the Law of Emergence for me was the thing that had the most juice for now, and I made a commitment. For the next 18 months I was going to only focus on this, no matter if I got scared, tired, bored, if I fell under the shiny object syndrome, if I was sure something was better, or I was fumbling and stumbling and failing. No matter what, I was not going to stop. This might be aging me, but it reminds me of Young Frankenstein. The Gene Wilder character is in the room with the monster, and he tells Igor, “Don’t let me out of the room, no matter what.” He goes in there, and one second later gets scared and is banging on the door, “Let me out.”

That’s what happens when we commit to something. Everything, all the reasons why we didn’t commit, come up. I’m not good enough. I’m unworthy. Who the heck do I think I am? This is stupid. This isn’t working. They’re stupid. They’re not working. All of that is going to come when up you close the lid on the pressure cooker and start cooking. It’s called a chrysalis. It’s called a crucible of transformation.

As a result of doing that work, absolutely every reason that I was afraid of not making it, every reason why I hadn’t made it, my lack of focus, my lack of discipline, my lack of follow-through, procrastination, all the ways I diluted my power to play it safe, all of that came up, sure enough. Because I made that commitment, I got to do the work and heal and release and integrate all of the unconscious patterns, the hidden shadows. So, not only did I have more money and more possessions at the end of that 18 months, but I had more of me finally come out, and I had a greater possession of myself. I had developed the character of the kind of individual that is successful.

This is the key thing I want you to understand about commitment. Your conditions don’t determine your destiny, your character does. That’s why Confucius said, “All men are alike. It is their habits that separate them.” Conditions don’t determine destiny, character does. Your character is made up of your habits. Your habits are created by what you commit to consistently, and your commitment is based on your core value and vision. So, you want to have a strong vision anchored in your deepest values, and then you want to commit to a path and a practice for a period of time, no matter what. Remember that old thing, to the moon or bust? That’s what you want to do. When you do that, you will develop the character that puts your success on autopilot.

Subscribe to Podcast in iTunes, Stitcher, via email or Android