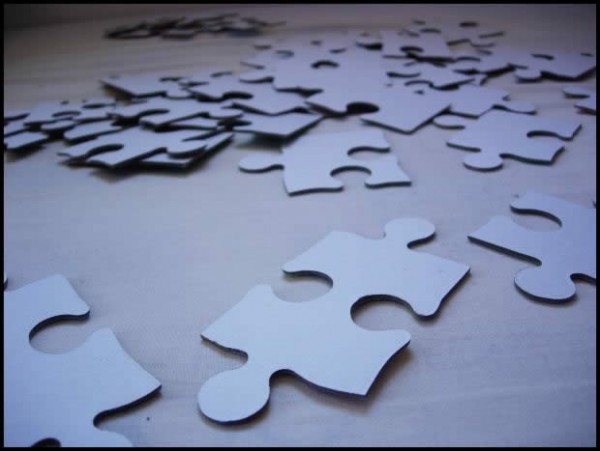 Many if not most of us hold a belief that our fate is determined by external conditions, that the things we need are out there, and that we must get them by just about any means necessary. This leads us to try to operate in the world in ways that are the reverse of how life really works, causing us to constantly struggle against the natural order of the universe.

Haven’t you felt many times like you were peddling uphill with the brakes on? Well, you’re not crazy, lazy, or broken; you just weren’t given the correct—or complete—operating instructions for this thing called life.

We are born blank slates, empty shells, and must make something of ourselves—internally and externally. The knowledge, resources, and support systems we need to achieve this are outside us, in other people, other places—or higher powers—that are hard to get to, requiring us to conform to cultural, societal, or religious norms to get them, often demanding that we work really hard at something we don’t love for most of our life and engage in a religious practice that gives us more guilt than good—all so we can save enough money to start living our life and accrue enough karmic credits to survive our afterlife–only to die before we get to really live, and discover our spiritual bank account is overdrawn.

Sound familiar? Whether or not you consciously buy into that B.S. (belief system), on some level you’re probably living it because it’s inherent to the collective consciousness of the Western world—and is rapidly being adopted by a large part of the planet in a rush toward social stability and economic freedom.

Meeting the expanding needs of a country (or family, business, or any organization) is a necessary and noble goal, but if the underlying beliefs and value systems guiding it are in opposition to the fundamental harmony of the universe, it will ultimately result in more suffering and limitation.

The acorn principle is something altogether different and, by understanding this aspect of Mother Nature, you will discover a powerful clue to your own nature and how you were actually designed to grow.

The acorn already contains the idea and intelligence to become an oak. It’s not an empty shell that has to struggle, figure out how life works, gather a bunch of information to fill itself with and, finally, decide what it wants to be when it grows up. No matter what the good opinion of other trees in the forest, the acorn will never become anything but what’s inside of it—an oak.

Even if its parent oak wants it to grow up to be a pine tree, it ain’t gonna happen. It might fail to thrive or reach its potential if the right conditions aren’t created, but the acorn’s destiny is to become an oak. The Big Questions of life, such as “Who am I?” and “What is my purpose?” were answered before the seed was planted in the ground.

Whatever is fundamentally true anywhere is true everywhere. As the Hermetic Law of Correspondence states: “As above so below; as within so without.” The reason for this, as the great mystics have taught, is that there is really only one thing going on, just being perceived from different levels and angles.

This has been further described as the Holographic Universe principle and has, along with other discoveries in quantum physics, led many scientists and philosophers to the conclusion that the same processes which occur in nature—and their underlying principles—can be found in every other area of life.

For every natural law, there appears to be a parallel moral, scientific, and spiritual law. A true principle discovered in, for instance, electricity, can often be found in psychology, biology, and every other -ology. Even Einstein believed if you could fully comprehend the laws that govern the universe, you could know the Mind of God.

From this understanding, we can deduce that the basic laws governing the acorn—or any seed—apply to the seed of our own being, which already contains the blueprint and mechanics for its perfect unfoldment.

What would it be like to live as if this were actually true? Each day for the next week, I invite you to ask yourself, “If I really believed everything I need is already within me, that I’m already whole and complete, what would I do today? Who would I be? What would that look like?”

Then live into that guidance.