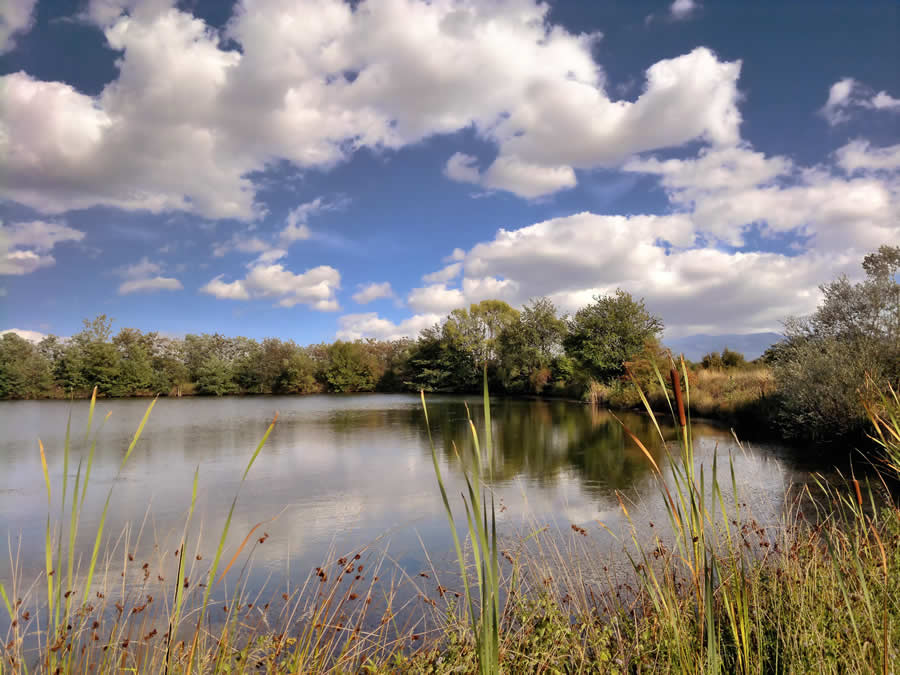 It was born thousands of years before man built the first civilization along the river valleys of Mesopotamia. Even before the Great Pyramids rose from the Egyptian desert, or the massive monoliths of Stonehenge were erected, this majestic being had already existed for millennia. Its name is the Jurupa Oak. It first emerged through the soil during the last Ice Age, and has held its place like a great guardian of the ages atop a blustery hillside in southern California for well over 13,000 years, making it the oldest known living organism.

Getting its name from the Jurupa Hills in Riverside County, this multi-millennial oak extends over 25 yards and has learned to pace its growth to one twentieth of an inch per year, adding to its distinction the most patient living organism in history, and possibly making it much older than scientists think.

It has ensured its survival through, among other things, developing a root system capable of drawing water and nourishment in a dry, rocky terrain, and resprouting directly from its roots after numerous wildfires.

The Jurupa is a Legacy Tree, which is one that lives for generations, centuries, even millennia, and not only carries the past within it like some giant unwound scroll, but also supports the future with all that it provides; food for some, shade for others, a habitat for even more. A legacy tree preserves and protects nature and, as stated earlier, becomes a guardian of doors or the door itself—a door into the next season, because it waxes and wanes as the seasons do, or the gateway between earth and heaven, because it touches both the ground and sky. The Legacy Tree’s life is about more than its survival, more than its fulfillment; its life belongs to the community it’s planted in, and often is a centerpiece, a gathering place, or a beacon that draws people together, gathers them under its shade, and anchors them to the past, present, future—even to a sense of the eternal—in an enduring way.

We’ve been taught that the ends we’re seeking are about getting our body, business, mind, money, and relationships in shape. That’s the initial function of the 7 Stages of Emergineering. But this is just the beginning. Once these structures are stabilized through this work, they become planks in a platform that allows you to launch your true destiny.

If you’re willing, you can use the principles of emergence to live a life bigger than your personality, in service to a great vision, and become an instrument of evolutionary progress—in your family, your business, your community, and the world.

To do this, you must look more closely at your beliefs and actions, not just from the perspective of whether these work for you personally but also in regard to their impact on the planet, other people, and future generations. Do your behaviors, habits, and beliefs come from the evolutionary edge or are they artifacts of an old paradigm?

As you discover your edge, you’ll be able to release hidden blocks, expand your emerging potential, and live life as a visionary. Instead of living from the narrow paradigm of a human incarnation limited in time, you’ll learn to live from your eternal nature—becoming a ‘gateway between heaven and earth’—and give roots to these timeless truths.

As you step into this next stage of your evolution, your actions, interests, and goals become increasingly about the impact they’ll have not in one, five, or ten years, but twenty-five, fifty, even a hundred years and beyond.

LIVING ON YOUR EMERGING EDGE

Imagine the impact it will have on your family, environment, industry, and the world 20 years from now…100 years from now… really see and feel it. Let it get into your bones.

Now imagine you changed that pattern or habit, either by stopping some limiting behavior or starting some new one. Extend that visualization out 10, 20, 50, and 100 years, each time seeing how this change impacts those core areas mentioned above.

Really see and feel this. Breathe and expand the energy to fill your body. Then radiate it to bless everyone and everything in your life, and finally the whole planet. In that state of connection, commit to making that change (or some aspect of it).

As your sense of self begins to expand to include more of humanity and earth, the things that matter most and the projects you devote your life to become more about long-term sustainability, the evolution of the human race, and the future generations that will reap what you’ve sown.

You will expand your vision to think bigger, and longer term than ever before, tapping into your expanded, long-term vision—which becomes not the end of the journey but a bold new beginning.

Should Fear Stop me? [Podcast]

Fear isn't what you've been taught, it's not an enemy but a powerful ally. In this talk, Derek shares how to find ...
Read More

Say YES to Your YES! [Podcast]

Life doesn't happen to us, it happens THROUGH us. And the only way we evolve, heal, and make real change is by ...
Read More

Commitment to Yourself [Podcast]

There's a secret power hidden in commitment that can unlock your latent potential and help you take a quantum leap.
Read More

In this talk, Derek explores one of the most damaging ideas in self-help and personal development -- something that
Read More