From Cause & Effect to Grace 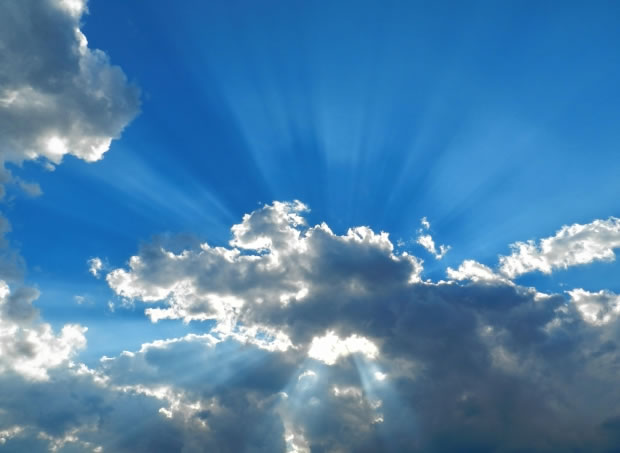 World religions, when interpreted from a literal perspective, sometimes teach that we’re at the whim of an external God who rewards or punishes us for good and bad deeds, like Santa’s naughty or nice list—or just acts in capricious, mysterious ways that we’re not intended to understand.

But a more spiritual or mystical interpretation of the Christian teaching “as you sow so shall you reap,” the Buddhist teaching of karma, or the metaphysical law of attraction suggests that there is no external power; it is the seeds we sow in our own heart and mind—the overall quality of our consciousness—that cause us to reap the rewards and punishment we experience.

While this is a liberating truth, it can be an overwhelming realization. If all the things we’ve thought, said, and done in the past, over this lifetime and possibly others are creating our present and, ultimately, our future, won’t it take the rest of our lives (or many more lifetimes) to undo the mess we’ve created? A lot of causes (karma) have been set in motion—how will we ever reverse all their effects?

Mercifully, there is a higher law: Grace.

The law of Grace says that no matter what has come before, no matter what you’ve set in motion, in a moment of Grace, you can wipe the slate clean and start anew. From this consciousness, your past does not determine your future—neither past mistakes nor past lives. The bad seeds you’ve sown are uprooted no matter how deep they’ve dug in, and the good seeds you’ve failed to tend take root and bear fruit.

Under the law of Grace, the things you’re struggling with lose their power; cause and effect, karma, even Newtonian physics, which once operated as absolute, immutable laws and masters of your fate, become the servants of your destiny.

The discoveries of quantum physics have begun to reveal how, rather than living in a linear, material world that reacts in a logical cause-and-effect fashion (as provided in Newton’s third law of motion, which says that for every action there is an equal and opposite reaction), we exist in an indivisible Unified Field, out of which all creation arises.

On the surface, things appear separate and solid—and at that relative level, there appears to be cause and effect—but as we dive deeper, we discover that the “solid” world is in fact completely made up of invisible energy and information; the atom, once believed to be the building block of all material reality is, in fact 99.999% empty space.

At this subatomic level, reality doesn’t operate the way it does at the grosser material level. Things are not linear or bound by space and time. This underlying intelligence seems to be simultaneously everywhere (omnipresent), with a knowledge of everything (omniscient), and is the only power there is (omnipotent).

In short, it could be described as an omni-active intelligence with infinite organizing power in a field of unbounded potentiality. That also happens to be how many mystics, prophets, and, to some extent, religions have described God—and how many cutting-edge scientists are now describing what they call Consciousness.

Rather than there being interactivity among all things—the basis of cause and effect—there is an omni-activity, One Action. Einstein must have been aware of this when he said, “Our separation from each other is an optical illusion of consciousness.” At the deepest level, Something is emerging—and as it breaks into time and space, it appears as if things are causing other things to happen, but that’s a trick of the senses.

Here we arrive back at our central idea of Emergence: inside the seed of you—indeed the seed of the whole world—there is a design for its fulfillment.

Things are not unfolding by chance. You’re not the effect of other causes—there is an underlying order or pattern that is already perfect and is seeking to emerge from within your soul, waiting for the right conditions. And everything is conspiring to create those conditions, regardless of what you’ve been through or where you currently are. As Ralph Waldo Emerson said, “The dice of God are always loaded.”

And this is where Grace comes in.

Whereas the rules of karma say you’re destined to live out the effects of your previous causes, the realization of Grace is that, in a “Holy Instant,” as A Course in Miracles calls it, your life can be made new and “though your sins are as scarlet, they will be as white as snow.”

Furthermore, whereas the rules of cause-and-effect say you are limited by the causes you can personally set in motion at a human level, often determined by external conditions seemingly beyond your control, when you align with this Source within, and the perfect pattern seeking to emerge, It will unfold as the next stage of your evolution—not just moving you personally into right action, but moving your entire world where necessary to reveal your greater purpose.