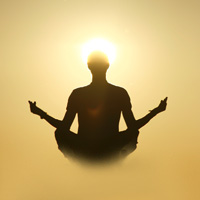 “There are risks and costs to action. But they are far less than the long range risks of comfortable inaction.”– John F. Kennedy

One big reason we stay in our comfort zones of inaction is the fear of failure. This isn’t news. It’s also common advice to embrace our failures and learn from them. This is a step up, however it still makes failure a bad thing we must learn to live with. But failure isn’t something to cope with anymore than breathing out is something we must cope with in order to breathe in – it’s part of the same breath!

Likewise, people become successful by failing, picking themselves up, and failing some more, catching themselves each time…until they’re succeeding.

To put this into action, practice failing fast. Get in the habit of honoring your guidance and taking bold action in the direction of your vision. Execute, implement, and quickly discover the way not to do things so you can uncover new and better ways.

Like Edison and his over ten thousand attempts at the light bulb – he was finding out all the ways not to create a light bulb. He was also learning about electricity, conductivity, and much more – which could help him advance his knowledge and results in other areas.

Failing fast allows you to succeed fast. And if you do make mistakes, by making them fast, you end up with more time to correct them. As Jefferson said, “If I am to meet with a disappointment, the sooner I know it, the more of life I shall have to wear it off.”

In the heat of the moment, it appears as if failure is what we fear most. But if you extend your awareness into the future and imagine the cost of not trying, you’ll find that what you fear most is leaving this life having not fully lived it. Don’t die with your music still in you just because you’re afraid of singing out of tune.