Are You Stuck In The Good Talk Trap? 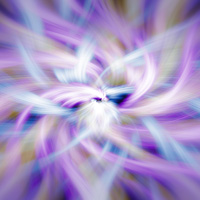 As we move toward spring, there’s a growing urge to emerge – to take bold action in the direction of our dreams. But there’s also the danger of getting caught in the Good Talk Trap. You know the type, they have big ideas but few of them ever come to fruition; they plant lots of seeds but don’t do the real work to bring them to harvest.

How many good ideas have died from a lack of patient and loving cultivation until the roots took hold? As Abigail Adams (wife of John Adams, the 2nd President of the U.S.) said: “We have too many high sounding words and too few actions that correspond with them.” Or as Mark Twain put it: “Action speaks louder than words, but not nearly as often.”

We must be still with our ideas long enough for them to work on us, to sink deep within the soil of our soul like a seed that must be planted before it can grow. Otherwise our ideas won’t lay down the root system to sustain them through the tempests, droughts, and baking heat that ideas must often weather on their way to fulfillment. As Blaise Pascal said, “All of humanity’s problems stem from man’s inability to sit quietly in a room alone.”

While it’s valuable to get feedback on our ideas, we must avoid over-analyzing and talking too much about them, which saps the vital energy for actualizing them — burning up the fuse that could’ve generated an explosion of creative action. There’s a time to talk and a time to walk that talk. If all you’re doing is talking and no walking, you won’t get anywhere. As Carl Jung put it “You are what you do, not what you say you’ll do.” If you want to have the life you envision and be the person you imagine, talk less about it and act more like it.