All Of Your Tomorrows Are Part of God’s Today [Podcast] 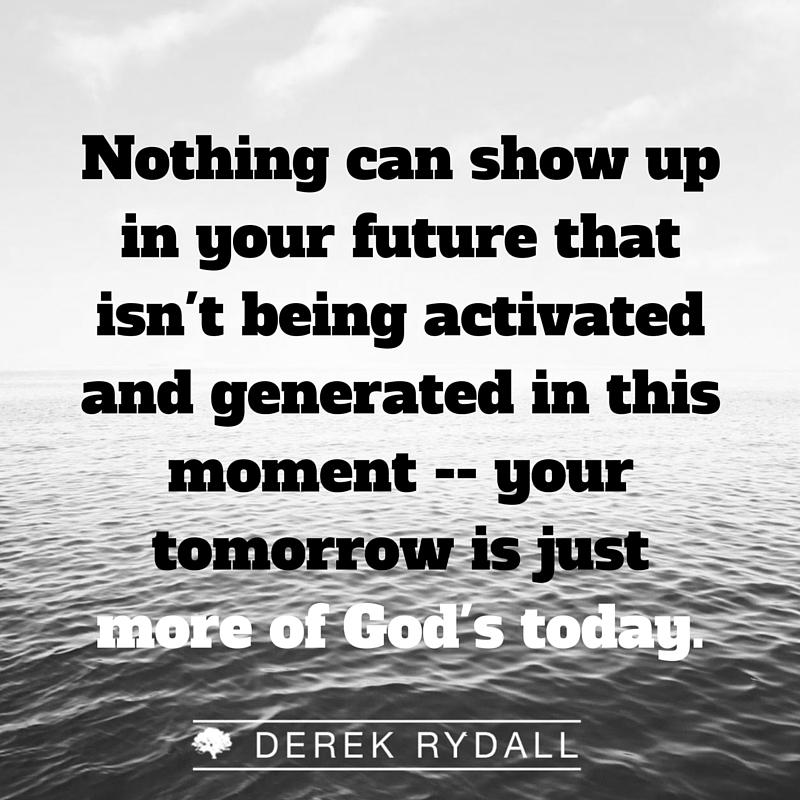 It’s just great to be with you again in episode to help you take things to a whole new level. To master the principle of emergence in every area of your life.

What we will be talking about today is ‘All of Your Tomorrows Are Part of God’s Today.’ How to access your future NOW. This is no small thing.[bctt tweet=” Time and space is like the canvas upon which we paint our perception of eternity of infinity.“]

The way we paint on that canvass of time and space. And then there’s protection which is the frame we put around it and call reality. But it’s not. It’s just a painting or a photograph if you want to use that analogy, thinking of the photos, the film, and the camera shutter. It open ups for a split second. Captures a little bit of light. A little bit of the landscape. That’s perception. The light and the landscape is the infinite perfection. And then it projects it on the film strip, which becomes the photo. That’s the projection. And then we print it out or whatever. Put a frame hang it on the wall and that’s protection. And we look at that and say “That’s such and such a person or such and such a landscape.” Well no, it’s actually not. It’s a picture of that. But if you can imagine we have a gallery of paintings or pictures and we just live in that gallery and eventually forgot it was a gallery. Forgot it was just pictures and photos. We’ll be lost in time and space or lost in the gallery of our concepts and pictures of reality. And that’s really what happens.

That’s really the very definition of being merely a human being.

Listen in now for the full explanation and support your personal development and spiritual growth and  start participating in your future good NOW.

And remember, self-help is shelf help – you have everything you need already!