Your Action Is Your Religion 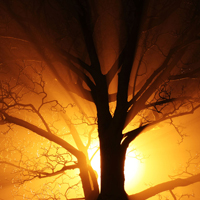 Want to know what you really believe in? Don’t look at what you’re thinking, saying, affirming, or praying, look at what you’re doing – especially under pressure. If you profess to believe in something, but your actions are not in integrity with it, you’ll suffer and become stagnant. But if you align your actions with your highest vision, no matter what, you’ll rapidly shape the raw material of your life. As Thomas Jefferson said, “Do you want to know who you are? Don’t ask, act! Action will delineate and define you.”

Years ago I wanted to make an investment in my business but, not believing I could afford it, I waited for circumstances to change. After much waiting and struggling, only to have things get worse, I visited my spiritual mentor, looking for reassurance and moral support. What I got instead was a challenge. He said if I believed all the spiritual truths I espoused — that life was abundant and God supported me — and didn’t act on them, I was out of integrity with myself and would continue to suffer.

I explained that I did believe I was supported, it was just, well, that I was afraid my rent wouldn’t get paid. Before I even completed my excuse, I knew he was right. I was praying out of both sides of my mouth – affirming that life was abundant on one side and making up reasons why I couldn’t move forward on the other. I was living a lie, at least a lie against my own values. As Ghandi said, “To believe in something, and not to live it, is dishonest.” My lack of integrity was preventing me from holding the energy necessary to manifest my vision. Like a house that lacks structural integrity, and collapses under its own weight, my inner house was divided and could not stand.

One definition of integrity is to align your beliefs, words, and actions with each other – to be whole and undivided. But this is relative integrity because you could believe life is hard (even though in Reality it isn’t) then struggle in accordance with that belief, becoming exhausted, burnt out, and disillusioned. Another definition of integrity is to be moral, ethical, and honest. But you can be a moral, ethical, honest person who, according to your cultural beliefs, would never pursue your deepest desire. The truest integrity, however, is about being congruent with your Soul’s Purpose, your real nature – which may be in opposition to your cultural, parental, or societal beliefs and values. That’s why visionary leaders are often seen as heretics, lunatics, or worse.

Living at this level of integrity requires faith, which means living more by insight than eyesight, more from the invisible that the world of appearances. But like intention, faith is another dangerous practice when sequestered by the ego. We say we have faith that all our needs will be met, and that declaration of faith gives us a temporary sense of fulfillment or accomplishment. But too often these faith-filled pronouncements are followed by actions that contradict them – or no action at all.

As Mitch Albom says, “Faith is about doing. You are how you act, not just how you believe.”  Or as it says in James 2:17, “…faith by itself, if it is not accompanied by action, is dead.” It’s good to affirm and feel the energy of faith. But it is action, in integrity with your highest vision, that makes that faith a living, breathing reality in your life.

This week, look at one area you’re feeling stuck in or an area you are praying for or affirming something and ask: “What would I do in this area if I really believed I was supported (or whatever quality you feel is lacking, such as abundant, loved, respected, etc.).”

Then look at your Big Vision and ask: “If I really believed in this vision, what would I do, where would I go, who would I talk to, or how would I be in the world?”

Then create a plan to take consistent, congruent action on the answers you get – and share them on our Facebook pages, so we can all learn and be inspired!